Prayer in the City, a new edited volume on religious life in urban spaces around the Muslim world

One of the pleasures of presenting papers at academic conferences is occasionally seeing the proceedings published several years late (see next post). It’s a bit like reliving the original encounter. Small conferences are the best, thirty or forty people presenting on a specific topic. These are ideal for the exchange of ideas and findings. By this standard, the conference on Islam, places of worship and contemporary urban spaces which I attended in Berlin three years ago, with only about a dozen participants, was terrific.

The conference, called Prayer in the City: Islam, Sacred Spaces and Urban Life, was held on 25-27 June 2009 to inaugurate the Berlin Graduate School for Muslim Cultures and Societies at the Freie Universität Berlin. The opening reception and keynote address was hosted in the spectacular Mshatta Hall of the Pergamon Museum. The conference panels took place on the Freie Universität campus in the days that followed. Following a lengthy process of peer-review, text editing and searching for a publisher the papers delivered at the conference have just been published in an edited volume called Prayer in the City: The Making of Muslim Sacred Places and Urban Life. 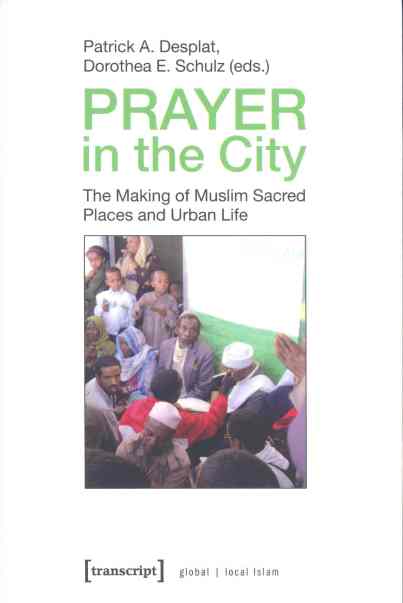 I want to thank both editors, Patrick Desplat & Dorothea Schultz, for having persevered and bringing the project to a successful completion. The volume is co-published by Transaction Publishers in the USA and Transcript Verlag in Germany.

My contribution to the theme of praying in the city relates to the types of authority and collective identity promoted on the public squares of Senegal’s Sufi towns and neighborhoods. I make several arguments. First, I demonstrate that the peculiar layout of these contemporary urban squares–quadrangular in shape, open at the corners, with the residence of the sheikh on the west side–is secular in origin and has no essential link to religious concepts or practices.

Layout of Lambaye based on current satellite image. Lambaye was the capital of the kingdom of Baol from the mid-sixteenth century until the 1880s. The central settlement as well as outer wards are ordered grids around a central square, called a pénc in Wolof.

The capitals of precolonial Senegambian kingdoms (16th-19th cent.) usually had grid plans (straight streets crossing at right angles) and were centered on a public square (called a pénc in Wolof). Invariably, the palace compound of the king or chief was located on the west side of the square whereas its center might be occupied by a great palaver tree (see previous post on Senegal’s historic baobabs). 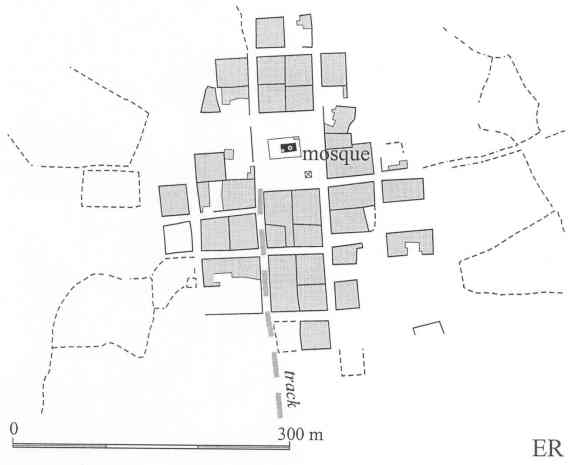 In the 17th century, when Muslim clerics began setting up more or less autonomous settlements, they adopted the pénc-and-grid urban design which prevailed in existing centers of power. It was an élite urban form, in contrast to the “organic” plan of ordinary villages. The layout was conducive to imparting order and identity to a community but it represented no specific ideology.

Beginning in the late 19th century, when Senegal’s Sufi orders became mass organizations and established numerous villages, towns and neighborhoods, they generalized this time-tested plan. They have used it consistently until the present. In today’s Senegal, the pénc-and-grid plan is seen as identifying quintessentially Muslim, even Murid, places. But that is not how it originated.

My second finding regarding the creation of urban squares in Senegal’s contemporary Sufi settlements is the extent to which the state and all its agencies are absent. Only the authority of the Sufi order and contingent Muslim identity are present. One will never see a town hall, a court-house, a post office or even a public school on these squares. The state is completely invisible. None of its institutions or symbols are to be seen. You would be hard-put to find any other contemporary example of the systematic exclusion of references to the state when new representational urban spaces are being created.

1 Response to Prayer in the City, a new edited volume on religious life in urban spaces around the Muslim world