An emotional day for me at IFAN-CAD in Dakar

Posted on January 5, 2018 by ericrossacademic

I’m in Dakar this week, on the first leg of a field excursion through Senegal. Today I gave a presentation at the Institut Fondamental d’Afrique Noire-Cheikh Anta Diop, Senegal’s premier research institute affiliated to Université Cheikh Anta Diop. The presentation was about toponymy, particularly on the toponyms Cheikh Ahmadu Bamba employed in the course of his oeuvre, but that’s not really what I want to post about.

Presenting at IFAN-CAD was an emotional event for me. First, Al Akhawayn University in Ifrane and IFAN are signing a memorandum of understanding whereby the two institutions set out to cooperate in academic/scientific endeavors. Importantly, our two institutions did not wait for the signing of this agreement before cooperating. Just last year one of my graduate students spent several months in Senegal collecting data for her thesis and was greatly helped by support from IFAN.

Mostly though, this was an important moment personally for me. Like my student last year, I first arrived in Senegal exactly 30 years ago to collect data for my Masters’ thesis. That is when I first came to IFAN, a research institute I was familiar with through its periodical, the Bulletin de l’IFAN, which I could consult in university libraries in Montréal. Like so many foreign researchers before and since, IFAN warmly welcomed me and supported my field work, again in the absence of any formal agreement with my home universities in Canada. There is no way my research on Senegal’s Sufi settlements would ever have reached completion without IFAN’s generosity. So, 30 years after the relationship began, I remain enamored with the place, and IFAN continues to support my work (more on this in my next post). 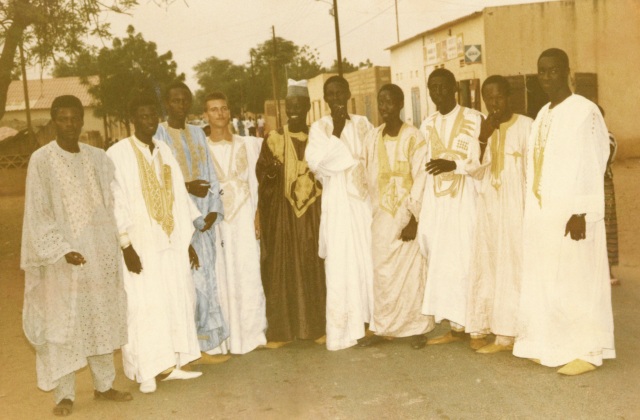 The author and friends in Dagana, ‘Ayd al-Adhâ/Tabaski 1988. Can you spot me in the group?

I take this opportunity to make the following shout-outs:

First, the institute’s official name needs some explanation. It was established in 1936 as the “Institut Français d’Afrique Noire.” This name was in line with similar French research institutes in Florence, Athens, Damascus, Cairo and other places where French classicist, orientalists and africanists were active in the early 20th century. In 1966, shortly after Senegal’s independence, the name was savamment changed to Institut Fondamental d’Afrique Noire, a change that allowed its decolonization while maintaining its acronym (or its “brand,” in 21st-century parlance). In 1986 its name changed again when, along with Université de Dakar as a whole, it took on the name of the great scholar Cheikh Anta Diop (1923-1986) who had just died. Cheikh Anta Diop is a hero to me. His work flew in the face of the colonial-era scientific assumptions and prejudices he was supposed to adhere to. Yet his theories on African culture and history have developed and produced significant breakthroughs while those of his opponents of the time have been mostly discredited and are no longer current. I was first exposed to Diop’s publications while studying in Dakar in 1988, and I can say that, though I never met him, I am one of his students. Being associated with his intellectual legacy through IFAN-Cheikh Anta Diop gives me great joy.

Next, I take this opportunity to thank Professor Khadim Mbacké, who held the chair of Islamic Studies at IFAN when I first visited the place. Professor Mbacké supported my initial research agenda, guided my line of questioning, and greatly facilitated my access to Touba ever since. None of my research there would have been possible without his support. Since then I have even been able to contribute to his scientific activities, notable by translating several of his works from French to English (see Sufism and Religious Brotherhoods in Senegal). I am happy to say I am one of Khadim Mbacké’s students as well, and I was pleased he was present at today’s event. Professor Mbacké retired about five years ago but remains a public intellectual.

Last but not least, currently and into the future… I am thankful for the support of Professor Papa Demba Fall. For the past 20 years Professor Fall has held the chair of Geography at IFAN-CAD, where he researches  the multifaceted dynamics of migration. It is Pape who helps orient the Moroccan students I send to Senegal, and it is he who has mobilized IFAN’s considerable resources for my current session of field work.

One last word; if you are interested in what I had to say about Cheikh Ahmadu Bamba’s choice of toponyms you can watch my presentation on YouTube: 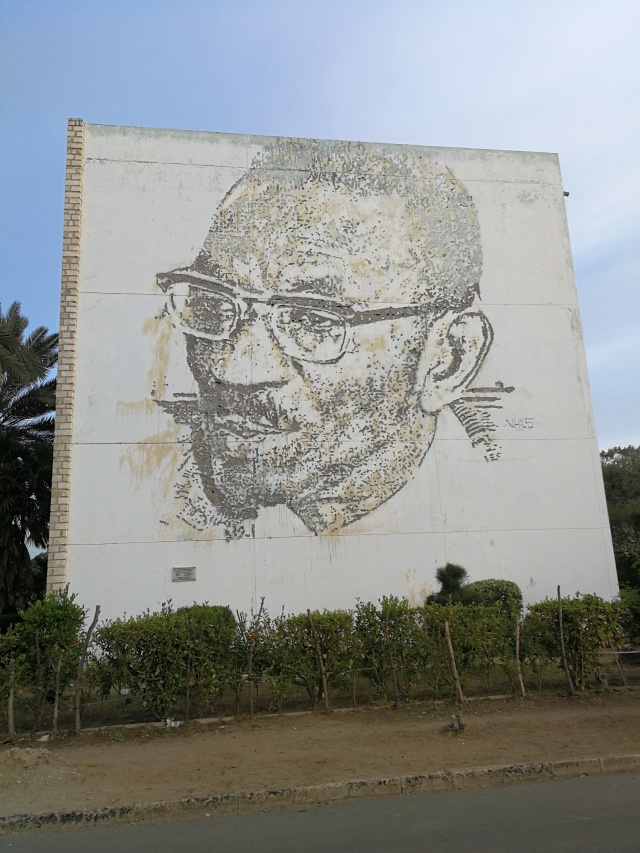